When your newsletter isn't a top priority for your business, does that mean it isn't worth having one at all? We chatted with Aysha Marie Zouain, a senior email consultant specializing in Salesforce Marketing Cloud at Deloitte Digital, about why it's good to revisit older email strategies from time to time. Just like the housing market, a little remodeling can do wonders for your entire property value (even if all you remodel is your front door). 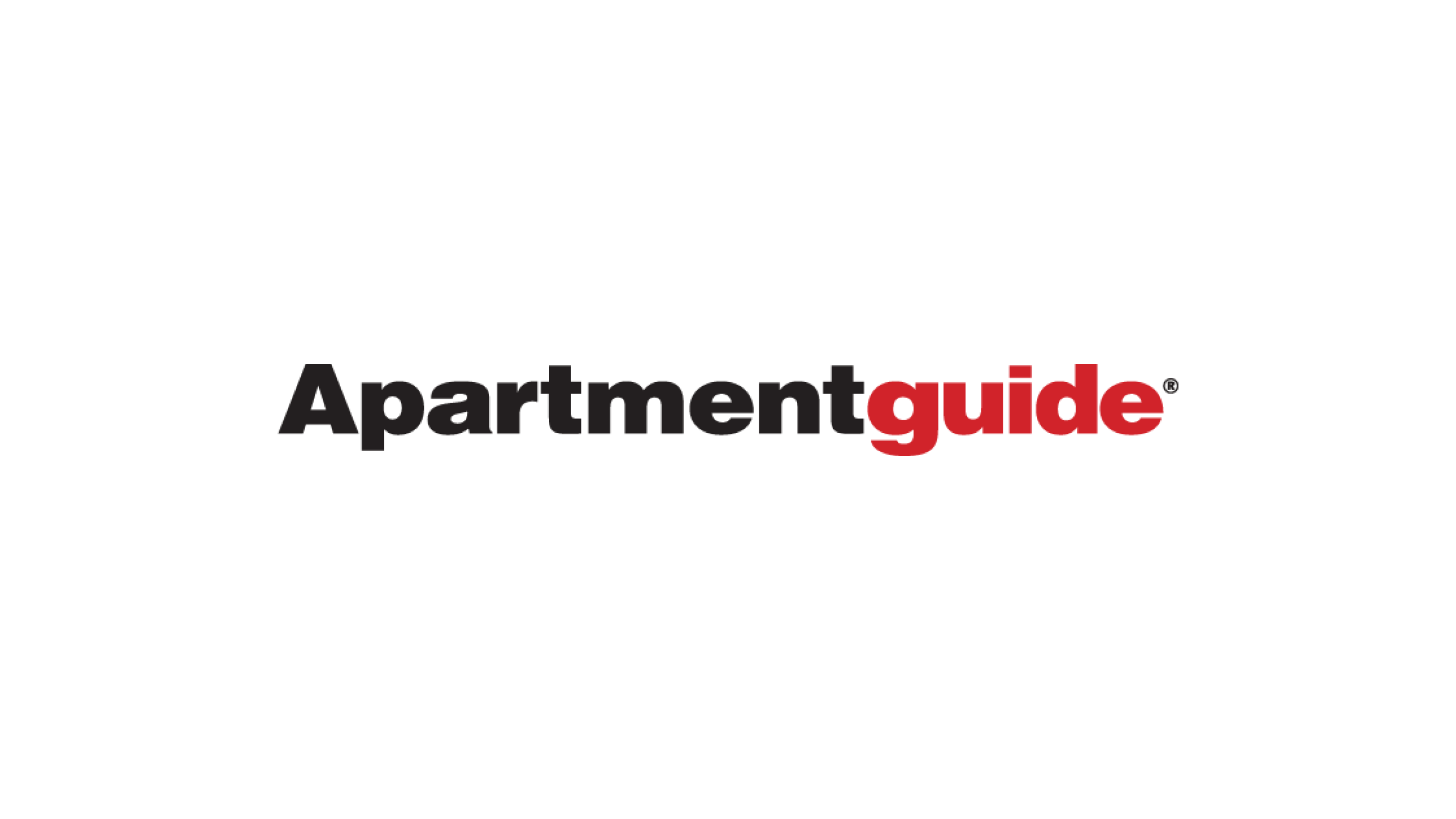 This FF episode was sponsored by Netcore. Revolutionize email experiences with the only email delivery platform that leverages AI to power deliverability and increased customer engagement.

Kelly Lamano: Hey there Email Geeks! Welcome back to another episode of Feedback Friday. This week we've got a special guest, Aysha Marie Zouain. She's a senior consultant specializing in Salesforce Marketing Cloud at Deloitte Digital. Welcome, Aysha, how are you?

Kelly Lamano: Yeah, tell us a little bit about yourself.

Aysha Marie Zouain: I am a designer-developer strategy combo. That’s what I do at Deloitte Digital currently. I play all day in Content Builder, but I also work with others and train them into doing awesome work all over the platform. Whether it's in automations, cloud pages, or anything else like that.

Kelly Lamano: You're also involved in Women of Email too?

Aysha Marie Zouain: Yes, I am now a board member, but I've been with Women of Email now for four years. I’ve been a board member for about three.

Kelly Lamano: That's great. Email is a great way to meet people and share different experiences too and different backgrounds.

Today we're going to talk about some of your work as an email developer with Apartment Guide, which falls under RentPath. Tell us a little bit about your experience there and the different versions of the emails that you created.

Aysha Marie Zouain: On a day-to-day basis, I would get different projects coming in from different departments, and they would send them via our project management software. I know that we hopped around several different ones and I think we were on Asana. We would get different requests from stakeholders. We had a very strict form that asked, ”How do you want this to look? What's the cadence? Do you have the art files? Do you want it to be done by the email developer?”. Generally, I didn't have enough time to do the design. Occasionally I did do it, but for the most part, I was far too busy to be doing any design work anymore.

Kelly Lamano: Tell us a little bit about this first version here. 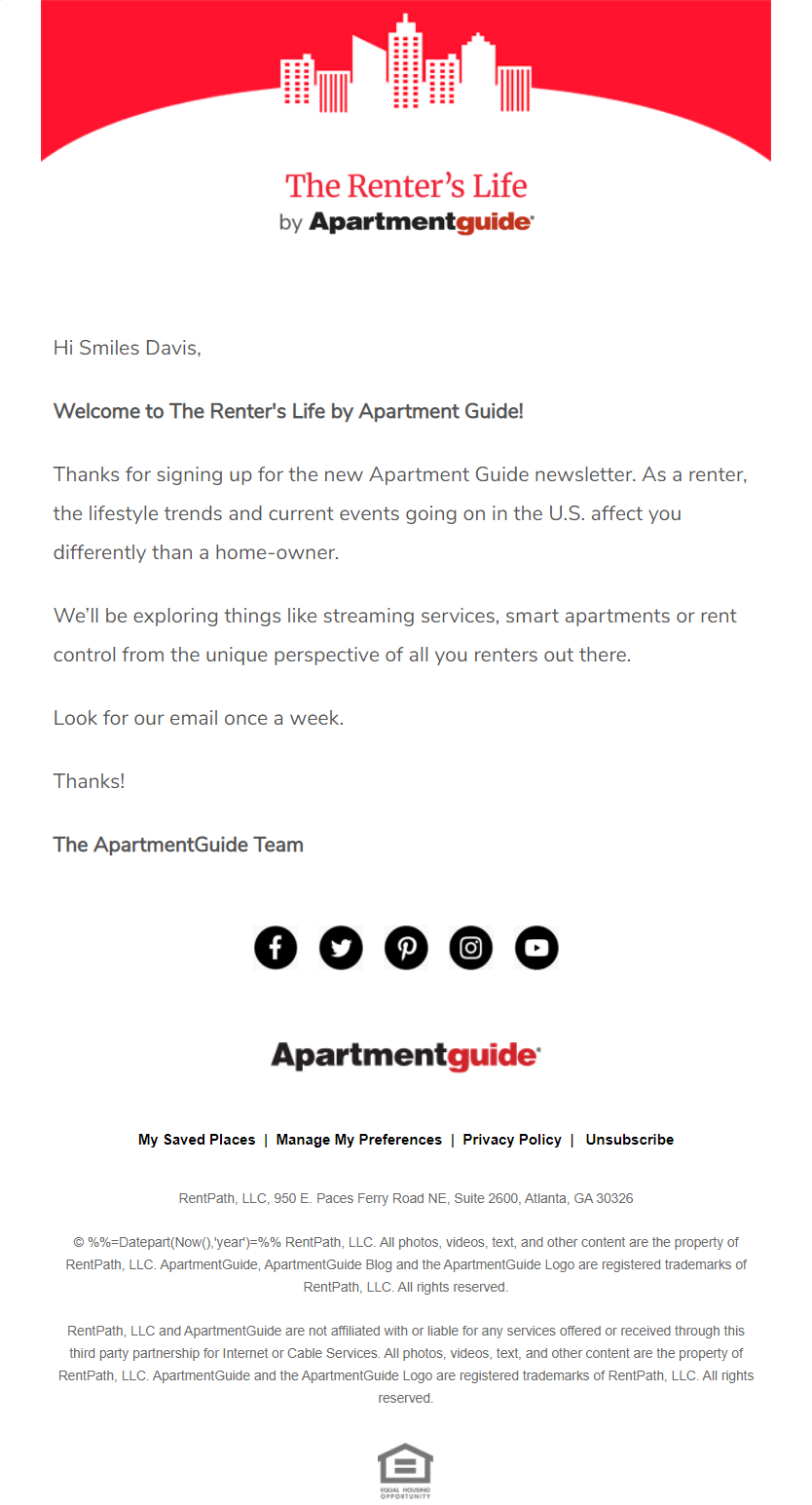 Aysha Marie Zouain: For version one, if you look at the backend of the code, I based it out of Cerberus, and I learned quite a bit.

We put different things in here. I like to start with a good base template, and then code it to make it my own. With this template, the ask was very little. This version was very basic. They wanted something like a cityscape. This content team requested a blog email that would be coming out as a newsletter every week, and this was the welcome series. The welcome series was only one email, and I hope that it expanded. If not, it was what it was, but this was the first version of it.

It had different copy compared to version two, and a slightly different style. This version sets you up to know how the cadence is because it says, “Look for an email once a week”. We talk about what the subject is going to be about, besides just being a renter. We talk about amenities, smart apartments, and what kind of streaming services are the best. Also, this was before the site was redesigned. Once the site was redesigned and deployed, that’s why we did a second version.

Kelly Lamano: Sounds like as the website was updated so were the email templates to keep it consistent across the channels.

Aysha Marie Zouain: Yeah. We had something called “My Saved Places” and “Manage My Preferences”. I had just started learning how to do hover, so that was the first time I dipped my toes into doing more interesting stuff with my code.

Kelly Lamano: Yeah, that's a nice effect there. A subtle sort of surprise for the subscriber.

Aysha Marie Zouain: Yeah. I know that it changes significantly. At the bottom, you also have the Equal Opportunity Housing disclaimer. I think it's awesome and really important that companies like RentPath make sure that they show that they are because it kind of puts the user at ease to know they have an equal opportunity. The company itself was very much invested in us always needing to have that in our emails because we are always advocating for everyone to have an equal housing opportunity. RentPath has an arm for volunteering that I've always enjoyed, and it shows in some of the content that we post, or at least when I was a part of it. 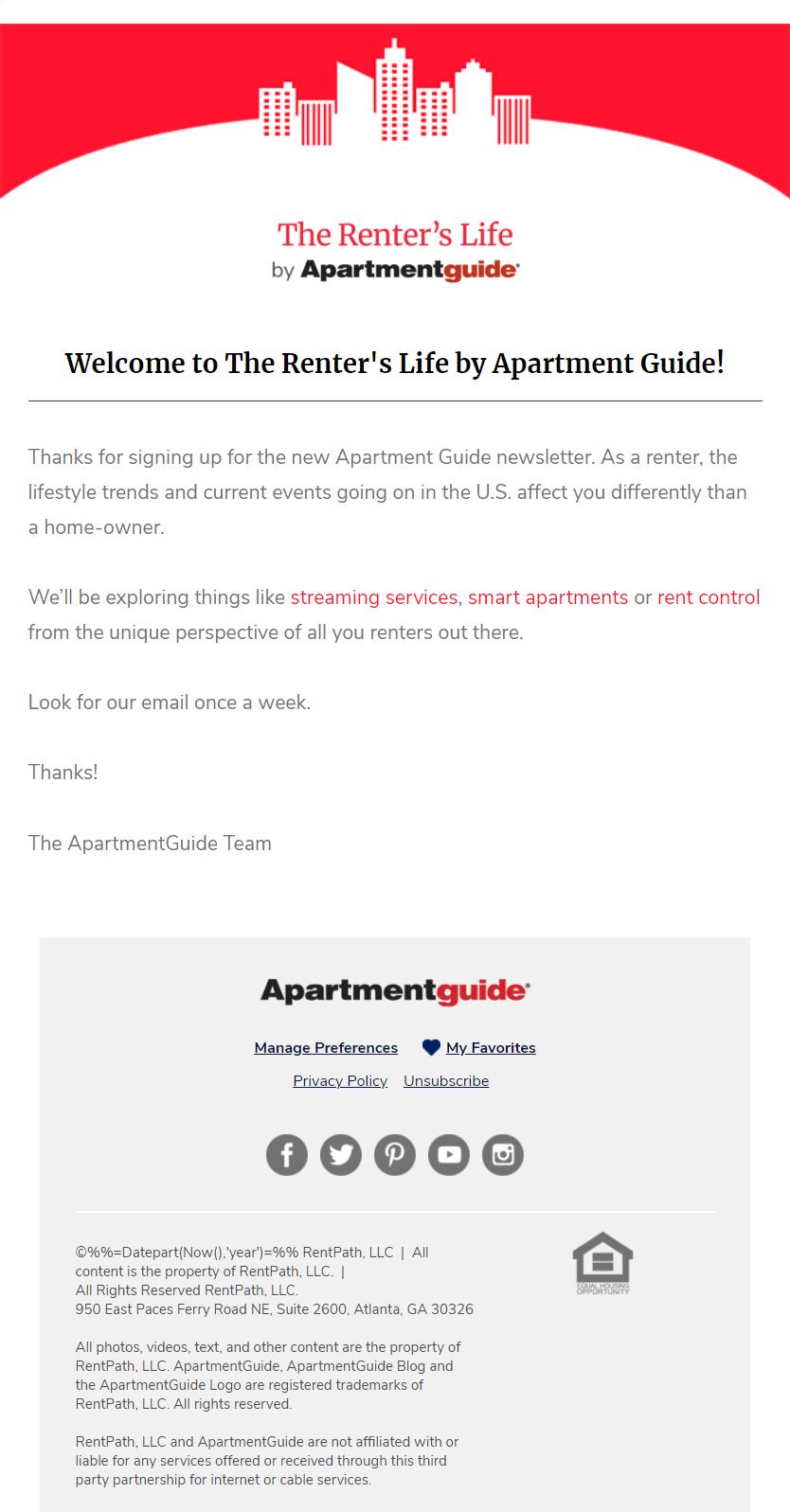 Aysha Marie Zouain: This one I feel is a lot stronger. I wanted to make it even fancier, it was my own idea to keep it updated. I told the team, “Hey guys, why don't we keep it more like the way that the site looks”, and they agreed. It's not the real money driver, it’s more just nice to have. The main driver was the transactional emails.

Specifically, this was nice to have, but at the same time, this was also the unifying kind of codebase that you can see here. We had already done a design system with Trendline and this was using part of their base code. I customized it so if I ever did something cool, I could bring that over to other templates and swap in anything else I wanted. Everything was table-based, so it wasn't “TDTR”, it was “Table Table Table, Table”. You can easily make it modular and even though TDTR’s is modular, we had the preference to make it into tables. That's how I built this one out and customized it to make it look like the branding for the new site.

We still kept the top, everything else from that logo down was of my own making, except for the footer, because the footer was the designers over at Trendline.

Kelly Lamano: It looks like with the copy you also added in a couple of links. In the first version, it looked like it was more text-based, and it didn't link out, but here it's more specifically linking to “streaming services”, “smart apartments”, and “rent control”. It helps guide the subscriber in that sense.

Aysha Marie Zouain: Yeah, I think the most important thing when you're working with teams is that not everyone's going to know as much as you, as the email marketer or email developer, or whatever your title is, or specialist. They're not quite going to know or appreciate as much as you so you're always the educator. Here I was like, “Hey let's link it back out to the site so people won't completely ignore this little welcome email. Let's keep it a little bit more entertaining.” Even though I didn't win out the battle of having cool graphics, at least I was able to win them over by saying, “Look, let's link out streaming services, smart apartments, and rent control” because those are things that are important to renters, at least in a cursory manner.

Kelly Lamano: I think you made a great point about being an educator, and how sometimes when you're working with companies, they are really looking to you to be that guide, or maybe they don't know, “this should be the CTA” or “this is what should we be linking out to”. You come in as an expert saying, “Hey I think that renters would like this, and we might get more engagement” or something like that.

Aysha Marie Zouain: A lot of emails that I created at RentPath gave emails more breathing room than I did before. There's a lot more whitespace, but you can digest the content a lot better.

Kelly Lamano: What are some of your favorite resources for coding?

Aysha Marie Zouain: I'm following a bunch of people on Twitter, that's actually what's been helping me out more because I'm not on Email Geek’s Slack quite as much, but I also like to learn from my co-workers. A lot of us are stuck in the trenches and aren't famous for what we do, but we're still happy to share and learn what we've been experimenting with.

Thanks for sharing everything today, Aysha. Where can we find you outside of Email Geeks and the email world?

Aysha Marie Zouain: You can find my Twitter, @blackenedhonesty. I'm always sharing either jobs or cool things I found out to do.

Kelly Lamano: Everyone, go follow Ayesha, support her work. Check out Women of Email. Maybe we'll see you on a future episode!

Aysha Marie Zouain: Definitely, and have a good one, everyone.